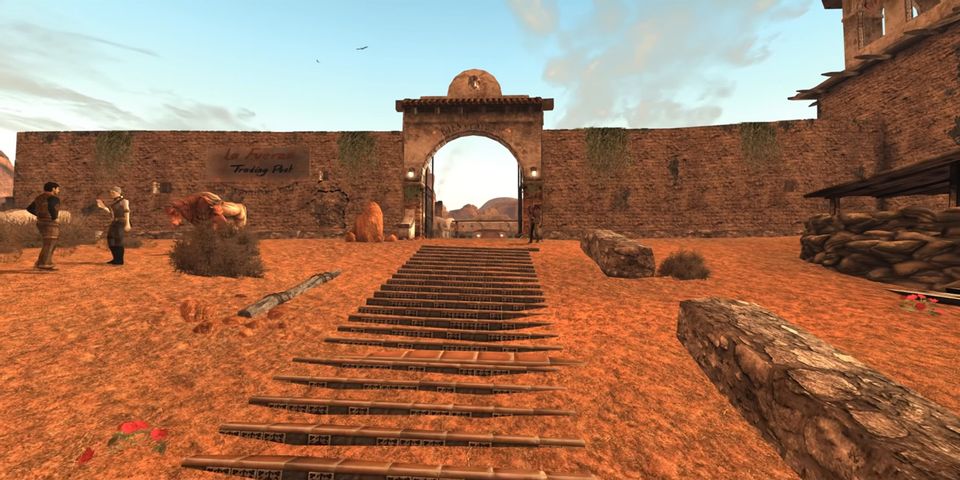 Something about the open-world Bethesda games attracts a vast modding community. Games like Fallout New: Vegas and Fallout 4 already have numerous DLC-sized mods, with many more in the pipeline. Another one of these ambitious projects got a new trailer only a few days ago.

The trailer opens with a black and white flashback of a small New Mexican town on the day the bombs fell. The trailer’s narrator soon begins reminiscing about the old days. Then the bombs fall, and the narrator’s voice changes to the gravelly cadence of one of Fallout’s mutated ghouls. The trailer then treats players to a series of scenes from the mod. The first among them is the interior of an adobe house very reminiscent of those from the first two games from the 1990s.

Those similarities likely aren’t a coincidence, as the mod makers say they drew inspiration from the original, isometric RPGs.

While it doesn’t come across in the trailer, the modders want Fallout: Nuevo Mexico to focus more on role-playing than even vanilla Fallout: New Vegas. According to the developers, “Every choice made will revolutionise the future for better or worse.” The team also promises multiple “fully fleshed out” factions and three or more new Companions with a “revamped Companion and Affinity system.”

The mod is a stand-alone storey set in 2285, four years after Fallout:

New Vegas. There’s not much canon lore on Fallout’s version of New Mexico. However, we know that most or all of the state was controlled by Caesar’s Legion during Fallout: New Vegas. Several Legionnaires show up in the trailer, although it appears they aren’t in total control of the region. Given Fallout: New Vegas’ multiple endings, it’s unclear what state the Legion is in following The Second Battle of Hoover Dam. However, the sight of dead Legionnaires decorating a town’s gate hints that the Legion might no longer be a great power.

While Caesar’s Legion is still a significant player:

they aren’t the only faction shown in the Fallout: Nuevo Mexico trailer. Vault-Tech is still around and, like Vault City in Fallout 2, seems to have made significant progress in rebuilding society. Viewers also glimpse a place called Food City and a rather sinister-looking religious cult.

The trailer is bound to pique the interest of some Fallout:

New Vegas fans. However, the video didn’t indicate a possible release date, and a disclaimer warns that everything shown could be subject to change. That suggests that Fallout: New Vegas fans might have a bit of a wait before exploring Nuevo Mexico for themselves.