Best Buy could cash in from rise of the metaverse, analyst says In 2022 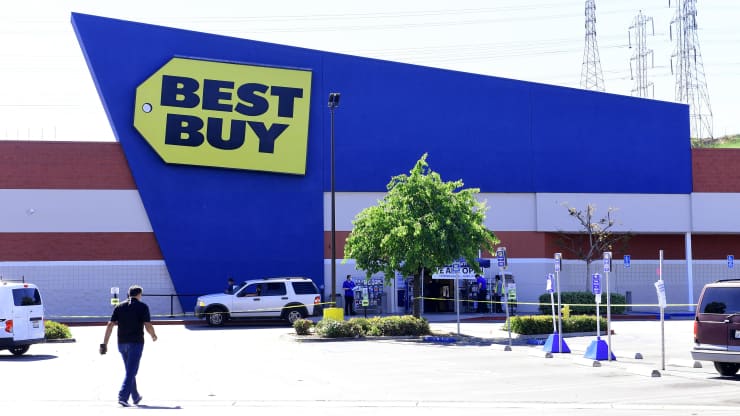 An analyst predicts that Best Buy will benefit from the growing interest in the metaverse by selling more virtual reality headsets and more expensive computers.

When it comes to gaming, socialising, and nonfungible tokens, Loop Capital Markets believes the consumer electronics retailer is well-positioned to capitalise on the craze. According to Anthony Chukumba, managing director of the equity research firm, Best Buy is the country’s largest PC retailer, with big-box stores where customers can try on different headsets.

He reiterated Loop’s buy rating and price target of $150, about 52 percent higher than where Best Buy is currently trading. At 12:01 p.m. on Monday, Best Buy’s stock was up about 1%. There has been a 9 percent drop in the last year alone.

Rise of the Metaverse By Analyst

Retailers from Nike to Ralph Lauren have made their first forays into the metaverse, and the trend is expected to continue. In December, Nike paid an undisclosed sum to acquire RTFKT, a virtual shoe company. Virtual stores, such as those on Roblox and Zepeto, have been the subject of Ralph Lauren’s explorations.

For Best Buy, the financial opportunity is even simpler, Chukumba said: Consumers may need to upgrade computers to higher-resolution displays and buy extra equipment from monitors to microphones. The “massive PC upgrade cycle” could be triggered, as could the “smartphone upgrade cycle,” according to him.

An unnamed CEO and venture capitalist who specialises in NFTs, blockchain, decentralised finance, gaming and the metaverse informed Loop’s views, Chukumba claims. “This person has been working in technology since the late 1990s,” he said.

Other merchandise categories, such as virtual reality and artificial reality gadgets and videogame consoles, could also benefit from the metaverse, according to Chukumba’s predictions. The major device manufacturers, such as Meta (formerly known as Facebook and the owner of Oculus), Sony, and Apple, already have relationships with Best Buy. Apple is expected to release a virtual and augmented reality product in the near future.

Chukumba hinted at yet another way the metaverse might be of assistance to Best Buy. The technology could make it easier and less expensive to run warehouse simulations that inspire new ways of operating.