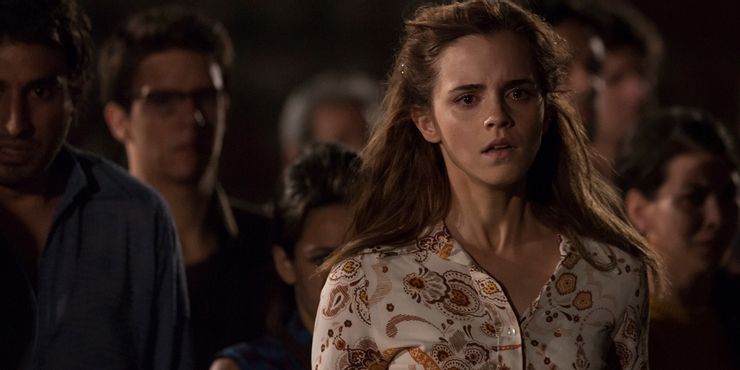 Perks of Being a Wallflower:

Harry Potter and Beauty & the Beast all feature Emma Watson It was only a matter of time before rumours of Emma Watson’s impending retirement began to circulate. It’s easy to see why the young actress might want to take a break from the limelight after so many years in the spotlight. In the usual way, the rumours turned out to be unfounded.

This is good news for Watson’s fans, especially in light of some of her more impressive performances in more recent years. She’s come a long way since Harry Potter, and she has the potential to go even further if she keeps progressing at the same pace as she is now. Of course, it certainly helps that she’s played so many wonderful characters over the years as well.

Unfortunately, Regression fails to bring out the best in its stars. In large part, this is due to the film’s weak premise and amateurish writing. Watson, on the other hand, is suffering from a lack of material. For the most part, Angela is just there to be there, and while she does get a few moments to shine, they’re not nearly as frequent as she’d like them to be.” In the creators’ defence, psychological thrillers aren’t at all easy to get right, but the team behind this one didn’t even come close.

My Week With Marilyn is a film that relies more on its polished visuals and stellar acting performances than on its narrative. That’s fine, but it leaves a hollow impression in some places. Despite Watson’s strong performance, Michelle Williams’s is the standout moment of the film. It’s no surprise that the title character steals the show, but it would have been nice to see Lucy given more screen time…. Watson may have been able to take advantage of the opportunity if it had come at a later point in her career.

Although Watson does a decent enough job in The Tale of Despereaux, not all actors are suited for animated films. There are times, however, when her Princess Pea character gets a little lost; both in the narrative itself and the imposing shadows of her esteemed co-stars. However, it should be noted that actors such as Matthew Broderick and Robbie Coltrane have far more experience with voicing animated characters than Watson does. This film’s poor dialogue and disjointed storytelling make it impossible for anyone to walk away from it with a positive outlook.

In spite of the flaws, The Circle’s star-studded cast is utilised fairly well. Even though she’s just one of many well-known faces in the cast, Watson’s character drives the plot forward in a significant way.

A list of the best dystopian and cyberpunk films, ranked in order of popularity.

As events unfold, Mae’s development is interesting enough to watch despite the fact that it isn’t always believable. This is more a case of the writing being at fault than the young actress herself, but it detracts quite a bit from what would otherwise be a strong character and a decent movie.

Watson’s most recent film, Little Women, has been nominated for six Academy Awards. Even though she does a good job, Florence Pugh steals the show with a stellar performance. In the course of her performance, the young British actress was nominated for an Oscar. Meg, on the other hand, can at times feel a little stale, even though she gets as much attention as the other characters. This isn’t necessarily Watson’s fault; rather, it’s a result of the character’s writing and Pugh’s near-perfect performance.

Colonia really isn’t a good movie. In fact, this might be Watson’s worst role to date. One of its few redeeming qualities comes from her performance as Lena in spite of its awkward dialogue and sluggish storytelling. Watson and co-star Daniel Bruhl’s on-screen chemistry makes the relationship between their characters believable, which in turn heightens the tension of their struggles. It’s unfortunate, but this kind of relationship can sometimes detract from the seriousness of the subject matter.

A total of five Ila (Noah) Actress Emma Watson in the role of Ila in the film Noah.

When it comes to making great movies, director Darren Aronofsky knows exactly what he’s doing. In the case of Watson’s character, Ila, Noah provides yet another example of his brilliance in this regard. Watson defied many expectations with her commanding and surprisingly mature performance at this point in her career as something of an unknown. It’s hard to compare Ila to some of Aronofsky’s earlier female leads, despite the actress’ talent.