How do we feel about Web3 – or the metaverse Latest? 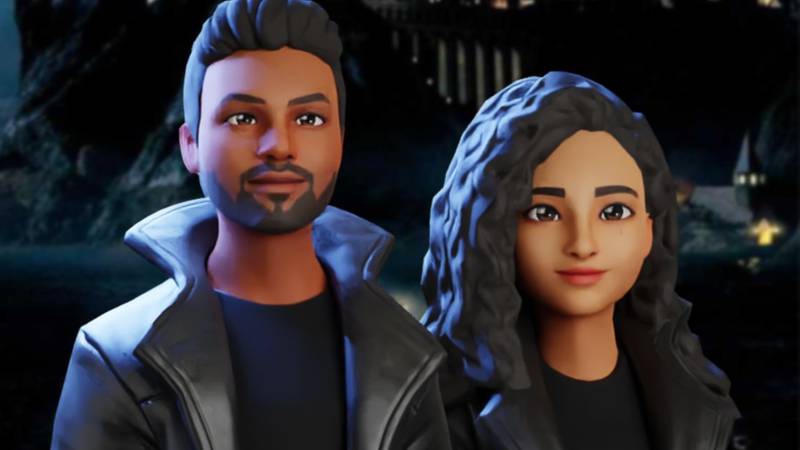 Virtual green spaces have been shown to improve people’s mental health and well-being, according to a study I recently participated in. I first tried out the technology by donning an Oculus VR headset and was immediately transported to a lush forest clearing filled with the sounds of birdsong and the rustling of leaves in the breeze. It was one of the best immersive VR experiences I’ve ever had. Other people were the only thing that was missing. However, this will soon be altered thanks to the metaverse.

This interconnected virtual world where digital avatars from around the globe can gather to shop, study, socialise, and work is known as the metaverse by Wall Street Journal. It is in this realm that Internet-enabled immersive technologies, such as virtual and augmented reality, meet, creating the metaverse. Web3 is a term used by some industry insiders to describe these new developments, which are facilitated by faster mobile networks, virtual reality advancements, and the introduction of blockchains and cryptocurrencies.

It won’t be long before I’m no longer the only one in my virtual reality forest. Avatars of my coworkers will join me. Instead of showing my coworkers my screen, I will point to the sky, where my presentation will be projected onto a fluffy white cloud. The team meeting will be held on a tropical island a week from now.

On January 23, Pastor DJ Soto, the head pastor of VR Church in Fredericksburg, Virginia, US, gave a sermon in his house. A growing number of avatars flock to hear Soto sing, preach, and perform digital baptisms in the metaverse. AP

I begin to realise how significant and far-reaching this development could be when I open my mind to the possibilities of the metaverse. For instance, I envision sessions in the metaverse where the client’s avatar accurately expresses their body language. With current two-dimensional (not immersive) technologies like Zoom, many therapists complain about the lack of body language when working online.

Students could Benefit Greatly from the Metaverse

The metaverse could also allow clinicians to conduct powerful therapeutic techniques known as Behavioral Experiments, which can be used to help patients. Clients might be exposed to situations they are afraid of, such as public speaking or flying in an aeroplane. They might even come face to face with a spider. Therapists can benefit from the use of traditional virtual reality (VR). It’s not hard to see how metaverse elements could be used as healing spaces.

While teaching online (Zoom) classes as an avatar, I found myself quickly adapting to the role

Using an avatar, I recently taught an online (Zoom) class, and I was surprised at how quickly I adjusted. Overall, students gave it a high rating in terms of how enjoyable it was. Fortunately, they still preferred the real me.

There are numerous signs that the metaverse is already here, and it isn’t just a matter of time before it does. More online experiences will be accessible through virtual and augmented reality, making its presence more noticeable. It’s already been reported that children are choosing to hold their birthday parties in online communities like Roblox (an online game). There have been metaverse weddings as well. Covid-19 is primarily to blame for such occurrences. Many of us became accustomed to being online because of the pandemic. In some aspects of our lives, we may even prefer the digital version.

There is a metaverse that can assist in resolving Earth’s major issues.

With what you do at home, the UAE’s energy future is in your hands

As technology advances, it is important to consider the impact on our mental health and the potential impact of the metaverse (Web3) on our psychological well-being. The truth is that Web2’s technologies are still weighing heavily on our minds. For example, we have only recently been made aware of the dangers of excessive social media use. A diagnosis of internet gaming disorder was only made by the World Health Organization in 2019 after years of research and debate. Since the late 1990s, there had been rumblings that this might be a problem.

Metaverse may provide a short-term distraction for those who are overburdened in the real world. Even so, we must proceed with caution. Activities that allow us to temporarily forget about our problems tend to become compulsive or habit-forming.

Students could benefit greatly from the Metaverse

However, being cut off from the real world and spending all of one’s time in a virtual one can lead to hallucinations and other psychotic symptoms. Psychologist Phil Reed, who recently wrote an article for Psychology Today, cites growing evidence that online technology use can lead to delusions and hallucinations in patients.

In order to better understand the impact of online technologies on our mental health, it is increasingly important to develop a long-term research programme. Emerging technologies can be leveraged to improve mental health as part of such research initiatives.

There is still a lot of research to be done on Web2 and how it affects our minds. We can only speculate about the social and psychological effects of the metaverse at this point.