Illuvium Metaverse: So Far, The Most Exciting NFT Metaverse Game In 2022 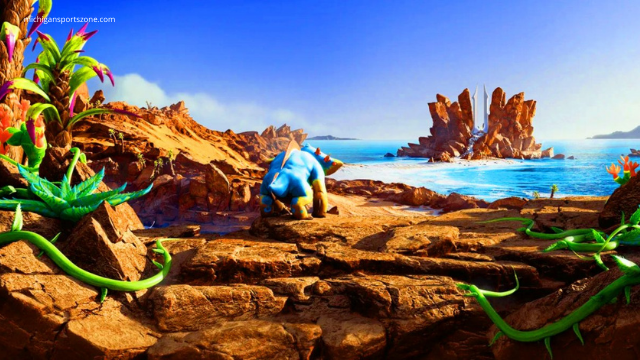 Illuvium Metaverse: What Is It and How Does It Work?

It’s an Ethereum-based metaverse project in the vein of The Sandbox (SAND), Axie Infinity (AXS), and Decentraland (DCN)) (MANA). Players in an open-world role-playing game have the option of either exploring the game world and completing quests, or building an army of illuvials to defend themselves. With each battle they win, they gain more strength. The Illuvials are also NFTs that can be traded (Non-Fungible Tokens).

In the future, Illuvium, a blockchain-based role-playing game, will be released and built on the Ethereum blockchain.

Illuvials are Creatures That Players Can Collect And Use To Battle Other Players In A Multiplayer Mode While Exploring A 3D Open World. As part of the model, illuvials are represented on the Ethereum blockchain as NFTs, and a portion of the ether earned from winning battles with other players is transferred to the player’s account. As the first blockchain-based AAA video game of this scope, Illuvium represents a significant advancement for this emerging technology.

The Gameplay Is It? Metaverse of Illuvium

As in any other role-playing game, players must customise their character to their preference. It is now time to get out and discover things for yourself.

In Illuvium, the Unreal Engine 4 is used to create an open-world game. This engine differs from previous blockchain-based video games in that it allows for the creation of detailed regions and environments. Once a player captures Illuvials and other in-game items, they will appear in the player’s wallet as NFTs.

In the open world, there are over a hundred Illuvials to be found; each one belongs to a different class and has a unique affinity. The result of this is that while some illuvials work well together in combat, others may not. As a result, there are a wide range of interesting situations and matchups that can be created.

Is There A Cost To Use This Service?

Illuvium’s Free-to-Play experience begins in Tier 0 regions around the world, where players can learn the fundamentals of the game. To help them learn the game and understand its mechanics, these sections have been included in the guide. Even though Illuvium describes this as a “Non-Abridged” version, those who want to collect NFTs from higher-tier regions will need to upgrade to the paid version.

The IlluviDex is Illuvium’s Own Online Marketplace, governed by the IlluviDex DAO. There is no central authority in Illuvium, which enables it to operate independently. Using this market, Illuvium players can buy, sell and trade their NFTs, which include illuvial items such as weapons and armour, skins and other cosmetics. In the same way that any other blockchain’s NFTs can be listed and traded on other exchanges, Illuivum Blockchain NFTs can also be listed and traded there.

The Illuvium DAO allows token holders to participate in a variety of activities, including yield farming, staking, and governance. ILV or SILV rewards will be available to token holders who choose to stake their tokens in the game.

If holders choose to receive ILV, the rewards are locked up for a year after they are received. ILV/other coin trading pairs will have plenty of liquidity during the lock-up period thanks to this lock-up period. However, SILV can only be used for in-game purchases, and the rewards for those who choose to earn it will be given to them immediately and will not be locked up. Many revenue sources, including in-game purchases, are used to fund the rewards for ILV holders.

Awaiting Gamers may not have to wait too long for Illuvium’s release. In late 2021 or early 2022, the first private beta was expected to begin, with the public beta following soon after.

This time around, a second private beta will begin in mid-Q1 2022, followed by an open beta that anyone can join in late-Q1 2022. a mobile version of the game is currently under development and is anticipated to be released in late 2022.

It is expected that Illuvium: Zero will be released alongside the main game in Q1 of 2022, along with the other expansions, in its current off-chain, semi-private beta phase. As these release dates are subject to change, those who are interested in learning more about the game’s progress should follow Illuvium’s Discord Channel and sign up for the game’s official website to stay up to date.