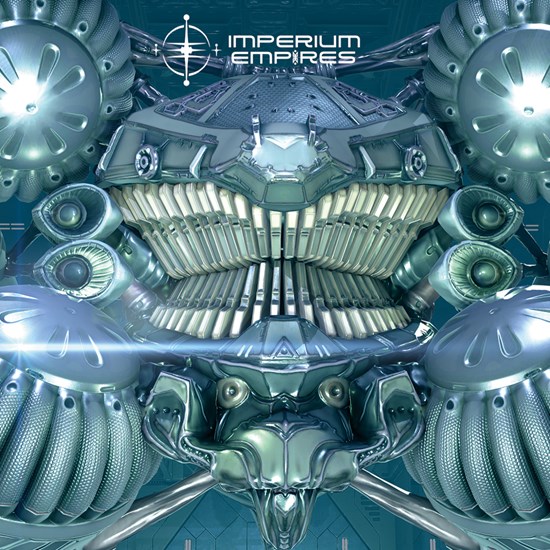 Over time, the world will become more familiar with various gaming developments that utilise blockchain and NFTs. A large number of investors from around the world have been following the games’ progress. Imperium Empires, co-led by GBV Capital and Three Arrows Cap, has won the support of Avalanche, AVATAR, and Avalaunch with a promising idea of establishing a space metaverse with blockchain technology integrations. It was because of this that Imperium Empires was able to become the first AAA metaverse game, bringing with it an array of innovative GameFi features.

The co-founder of Avalaunch, Mark Stanwyck, explains this in detail.

“Avalanche is clearly becoming the dominant Layer-1, capable of supporting the most complex and ambitious tasks. We believe Imperium Empires represents the next generation of blockchain gaming, not just for Avalanche, but for the entire industry as a whole Imperium Empires aims to empower its global community of fans and gamers in addition to providing an engaging and immersive gaming experience. It’s exciting for us to be able to support this model of sustainable, community-driven, societal-interest-driven gaming, which we believe is the future of gaming.”

Christian Ng, a principal at GBV Capital, has also acknowledged the Imperium Empires team’s deep understanding of the current pain points in most GameFi projects. They look forward to working with the entire team on tokenomics designs, ensuring a long-term and engaging GameFi model that is sustainable and scalable.

Developers have also ensured that Imperium Empires provides solutions to the usual issues that arise in blockchain games, such as:

With the help of experienced game developers, game designers, and blockchain developers, the Imperium metaverse will have high-quality visuals and gameplay. Tokens such as spaceship NFTs could be damaged or destroyed in PvP zones at times when players voluntarily enter.

Allowing 3 billion gamers around the world to benefit from DeFi’s protocols without the steep learning curve of TVL and liquidity mining; and allowing players to enjoy DeFi’s benefits.

The introduction of “Team-to-Earn” concepts, designed to enhance the social interaction of players, will allow the core gameplay to be tailored around guilds. We want to make gaming better, and that’s why we created Imperium Empires. This is the driving force behind the design of the game, which allows players to compete in guilds for a collaborative effort. Due to the guild and scholar management system that Imperium Empires has officially incorporated, the aforementioned guilds will be able to recruit, manage, and train their guild members and scholars.

Taking all of these new and exciting features into consideration, it can be said that GameFi 2.0 has officially begun. Blockchain technology and NFT integrations in a space metaverse will have a positive impact on the gaming industry, according to investors. Three Arrows Capital’s co-founder and chairman, Kyle Davies, stated,

It’s an honour to work with Cliff and his team on Avalanche to create a blockchain game with AAA-quality graphics and gameplay, thoughtful tokenomics, DeFi integration, and guild mechanics that we’re proud to support. As a team, we’re excited to work with Imperium Empires in order to bring blockchain games to a wider audience.

In addition, Imperium Empires is Avalanche’s first AAA metaverse game, and as such, a series of Genesis NFTs have been introduced and will be sold in batches. Galaxy Scootie, Strekzans, Augear, and Aurostar are among the NFTs that make up the first group of ships in the new fleet. There are a number of unique advantages and perks that can be gained through the use of these features in the game.

These NFTs are indeed limited edition because the spaceships are so rare. Since Genesis NFTs are expected to have a finite supply, the amount of spaceship NFTs currently available for purchase will be less than the total number intended for distribution. Some of them would be reserved for Imperium Empires’ strategic partners and other community events. ‘

Payment must be made in IME because these tokens are priced in IME.

Furthermore, players are not allowed to immediately sell their spaceship NFTs on the secondary market. NFTs will soon be available for trading in Imperium Empires’ official NFT marketplace, which will be open to all players. In March 2022, along with the Imperium Empires’ roadmap, this will be released.

Imperium Empires makes sure to present a game with well-designed graphics, gameplay, and guild systems for gamers who have yet to experience blockchain games. With the release of Imperium Empires, a new era in blockchain gaming has dawned, allowing both crypto veterans and newcomers to explore the vast universe.