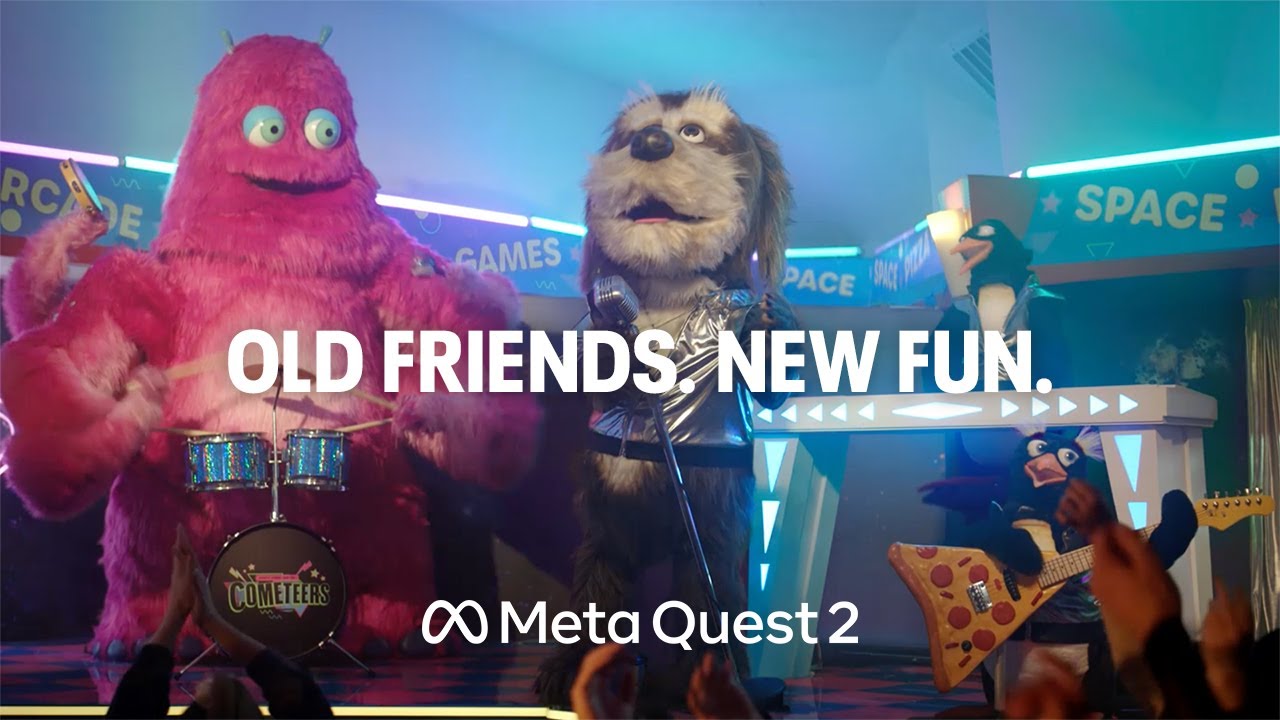 It may be a while before Facebook gets back on track with its daily user count, but parent company Meta is already focusing on how we’ll all interact in digital environments in the not-too-distant future.

What Meta’s new ad campaign is all about, as it launched this week

To promote its new Quest 2 virtual reality headsets, Meta has created a storey about a dog mascot who discovers his old friends in Meta’s version of the metaverse, which, at least in this example is set to take place inside of virtual reality.

As Meta is quick to point out, this is not the entire metaverse storey. Indeed, Meta has repeatedly stated that its vision of the metaverse includes augmented reality, virtual reality, machine learning, artificial intelligence, and advancing wearable technology, among other things.

According to Meta’s growing PR campaign, the metaverse will be linked to every new technological advancement. It’s interesting to note that by rebranding itself as ‘Meta,’ and using that term to cover a wide range of peripherally related technologies, Meta is essentially claiming ownership of the metaverse conversation, even though the term itself has no clear meaning.

‘Metaverse’ can refer to a variety of things, but it’s now becoming recognised as a new type of interconnected digital space. So it’s interesting to see how Meta is re-shaping the broader narrative, which will ultimately put Meta in charge of pushing forward the next stage of technological innovation.

Including, of course, the company’s virtual reality devices. There is still a long way to go before we’re all like this dog, hanging out with our friends and enjoying this immersive world full of limitless possibilities, despite the fact that sales of the Quest 2 are rising

However, it does appear that this is the path we’re on. Since Meta is attempting to put together so many different disparate pieces, it is unclear exactly how we will get there.

For the most part, it’s just Meta’s VR world that they’re developing into a social alternative via Horizon Worlds and other platforms, as shown in various videos and presentations.

For those who enjoy The Lego Movie and don’t mind flying like the genie from Aladdin, this may look impressive, but it’s still some way from being an entirely interactive, immersive space.

It’s just VR, which Meta has been developing for years under a different name, and it doesn’t require any linkage to AR tools or other functions.

That, of course, will open the door to other possibilities, such as trading digital goods and shopping in virtual reality environments. To create the’metaverse,’ all of these elements must come together. It’s currently not the most appealing prospect, and it will take some time and adjustment to get used to more intuitive controls that don’t leave you feeling queasy and stunted in the space.

However, there is enormous potential and enormous value in the upcoming shift. Observing Meta’s attempt to control a wide range of wider tech conversations and developments by claiming that ‘no one company will run the metaverse’ is just interesting.

Because it’s possible that a single company will run this version of the metaverse, and set the rules for all others who wish to participate in the metaverse. It’s Meta, formerly Facebook, and it’s slowly but surely reshaping how people interact online in the future.