Metaverse That Doesn’t Exist Yet Bags $70M in Ethereum 2022 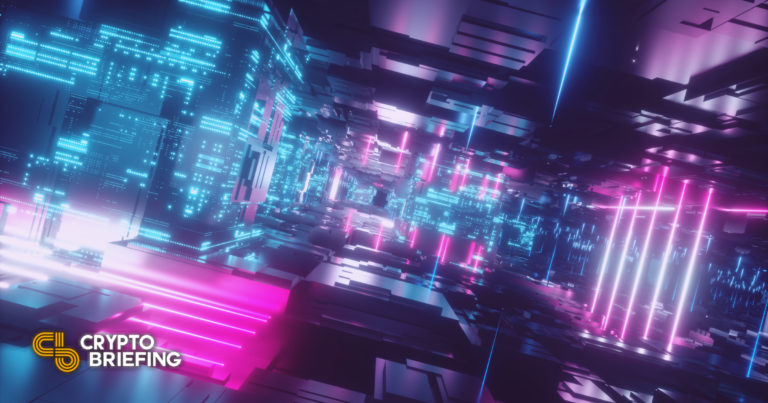 This news was brought to you by OVR – the largest decentralised AR Metaverse. Become an NFT Landowner Now! Pixelmon, a two-month-old NFT gaming project, has raised over $70 million in Ethereum from its genesis mint. While most Pixelmon NFTs sold out at close to 3 ETH, the floor price for the collection has since plummeted by over 60 percent .

Mania is returning to the NFT market. Pixelmon, a Metaverse project promising a AAA open-world adventure game, launched its genesis NFT collection Monday after only two months of activity. The 8,079 NFTs were sold in a Dutch auction format with bidding opening at 3 ETH, around $9,489 at the time. Every NFT sold out within an hour, with the majority selling at the opening price. The project was able to raise a whopping $71.4 million in today’s prices by selling 23,055 ETH in the NFT.

As a result, NFT prices on the secondary market plummeted following the auction. The value of Pixelmon NFTs has dropped by more than 60% from their initial mint price of 3 ETH (the current floor price for a Pixelmon NFT on OpenSea is around 1.12 ETH).

Only two months after its inception, Pixelmon’s Twitter account has amassed nearly 200,000 followers. Many speculators jumped at the chance to get their hands on Pixelmon, even though the price was higher than most other NFT drops when it launched. The project’s other red flags include the fact that the team members’ identities are unknown, and the project has no prior connection to any NFT leaders.

Pixelmon advertised that it would make “the first AAA quality game of the NFT space” with a fully-developed Metaverse experience as part of its marketing campaign. According to the project’s website, the only information available about the game’s development is this vague mantra. When the genesis mint sold out, Pixelmon promised those who bought the coins that they could spend even more on a future sale of virtual plots of land akin to those found in Metaverses like Decentraland and The Sandbox. Token holders will also receive PIXEL tokens in the coming weeks, but the tokens’ utility is still unknown.

For the time being, the only evidence NFT holders have are screenshots purportedly taken from the Pixelmon game and shared on the project’s Twitter account. Not yet an alpha version or proof of concept is available for the game. However, the 675-megabyte Pixelmon demo is available for download.

After trying out the Pixelmon demo, Crypto Briefing discovered that it functions more like an interactive cinematic trailer than a representation of what the game will be like. Graphics and lighting are excellent, but the player can only interact with a horse in the demo. Demo cuts out and fades to black after about two minutes of wandering around with the message “to be continued.” There are more questions than answers in the experience.

Since the beginning of the year, NFT projects like Bored Ape Yacht Club and upcoming gaming projects like Crypto Unicorns have experienced a surge in popularity. As a result, as NFT flippers search for the next big project, speculation on new projects is on the rise. Despite the fact that high-quality projects have the potential to increase in value by several orders of magnitude, many projects are attempting to take advantage of the current market boom.

Only time will tell if Pixelmon’s NFT holders are treated fairly by the company. The project has a budget in excess of many AAA games that have been released in the last few years. The Pixelmon team expects to launch the alpha version of their game within the next four to five months thanks to a donation from the NFT mint. With thousands of NFT holders so heavily invested, Pixelmon developers will have to work quickly to deliver a product on such a short timeline.