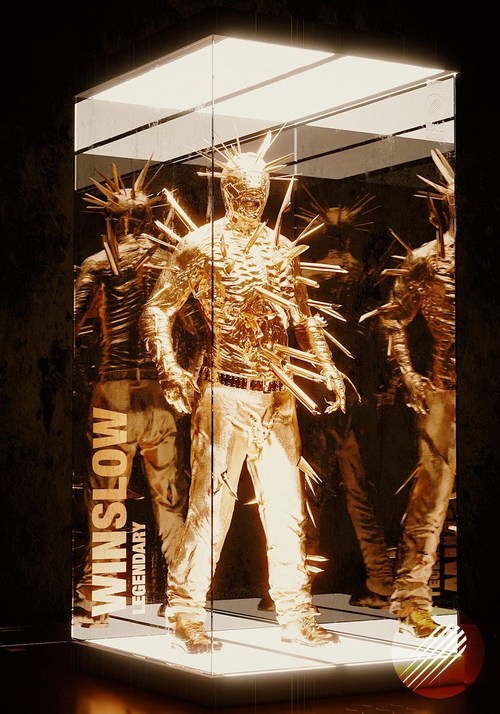 An NFT called The Walker Access Pass NFT, which was sold for 24 hours on OpenSea starting at 9:00am PT on March 3 and will not be sold again for at least a year…if ever, is the focus of the drop to commemorate the final season of the original series, which kicked off one of the biggest TV franchises in history.

The rare NFT “The Walker Access Passes” will include one of ten custom 3D Walker models developed for super fans and serious NFT collectors. With each purchase, the Walkers will be minted in one of five categories: Epic, Super-Rare, Uncommon and Legendary. Pass holders will be included in a whitelist for all general drops, granting them access before the general public to all exclusive drops for the duration of their pass. New character avatars, animations, and 1:1 generative designs will be included in these shipments.

An auction of four one-of-a-kind commemorative golden variant pieces of fan-favorite characters, including MICHONNE, RICK, DARYL and MAGGIE is also being offered by Orange Comet in addition to the NFTs. The general public will be able to purchase these high-quality NFTs for as little as 0.11 ETH each. After then, the auction will be closed for good.

OrangeComet.com is now accepting registrations from fans of The Walking Dead and collectors to learn more about the release date. To prepare for Orange Comet’s introduction of The Walking Dead virtual universe, where fans may buy, sell, and trade their NFTs as well as earn real-world fan experiences tied to the series, additional NFTs have been released on OpenSea.

To get your pound of non-fungible digital flesh, don’t walk or run—jump into OpenSea instead.

Digital collectibles and blockchain-based experiences are the primary emphasis of Orange Comet, a high-end content development company. Some of the world’s best and most award-winning media makers, producers, and artists work with the company to partner with the biggest brands, IP, and talent in the worlds of entertainment and sport. Our ultimate goal is to develop innovative NFT experiences for our clients’ enthusiastic fan audiences, while simultaneously unlocking new levels of interest, engagement, and profitability. It was co-founded by Hollywood veteran producer Dave Broome, NFL Hall of Famer Kurt Warner, and Grammy award-winning music icons Gloria and Emilio Estefan, who think the future of entertainment and media is on the cusp of huge disruptive transformation via a variety of blockchain experiences. Due to its emphasis on environmental responsibility, Orange Comet operates on eco-friendly servers and develops carbon-neutral NFT solutions in collaboration with other blockchains. Our diverse backgrounds, talents, and industries work together to help our clients develop their businesses for the Metaverse of opportunities that awaits them. Check out our website and social media accounts for more information.

Popular and critically regarded television shows can be seen on AMC. Emmy Award for Outstanding Drama Series: Mad Men was first basic cable network to win it in 2008; it went on to win it four years in succession, before Breaking Bad won it two years later. The Walking Dead is the most-watched cable series of all time. Better Call Saul, Fear the Walking Dead, Kevin Can F Himself, NOS4A2, Quiz, Soulmates, The Walking Dead, The Walking Dead: World Beyond, and the upcoming series 61st Street and Pantheon are among AMC’s current original drama programmes. NOS4A2, Quiz, and Soulmates are also on the network. With unique shows like Talking Dead, AMC Visionaries, and Ride with Norman Reedus, AMC explores authentic worlds and dialogues. AMC Networks Inc., the company that owns and operates AMC, also owns and operates IFC, SundanceTV, BBC America, and WE tv. For those who want to watch AMC on-air or on-demand, the network can be accessed via any of these methods.

About the open sea

In the area of crypto collectibles and non-fungible tokens, OpenSea is the first and largest online marketplace of its kind (NFTs). Open protocols such as Ethereum and compatible standards such as ERC-721 and ERC-1155 are central to OpenSea’s vision of thriving new economies. Customers can exchange their products freely, producers can create new digital works, and developers can build rich, integrated marketplaces for their digital items with the tools they’re developing now.