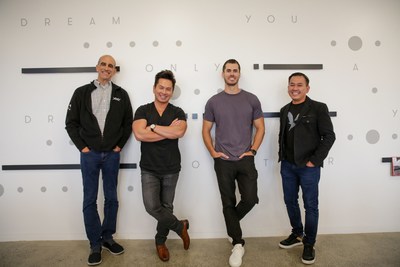 The Andromeda testnet has been successfully launched by a technology company specialising in consumer electronics, software, and metaverse services. Peer’s multi-blockchain implementation, which has a patent pending, has reached a major milestone with the launch of its new metaverse ecosystem, which is expected to support millions of transactions per second in the near future. An explorer for the Peer blockchain, wallets (custodial and non-custodial) and services (atomic swap and web3) have all been released as part of Peer’s ecosystem (WNS).

In the end, “there will be a massive network of decentralised products and services.”

Tony K. Tran, CEO of Peer, said, “This is the beginning of what will ultimately be a vast network of decentralised products and services.” There is currently a lot of speculation about the metaverse, but that will change in 2022.

Heath Abbate, Peer’s COO, said, “We are not just building typical DeFi solutions.” “A new distributed ledger ecosystem that goes beyond the current offerings will be built instead. The Peer blockchain is the backbone for our vision of the metaverse.”

It was in 2021 that Peer released its vision for the metaverse and its first implementation plan. To begin with, there will be the Social Metaverse, then there will be Ambient Metaverse, and finally there will be Singularity Metaverse. Tran said, “We have a good idea of how we’ll be driving the emergence of each of these stages by looking at where technology has been in the past and vectoring out where it will go next. More than $12 million in pre-seed funding was raised by Peer in 2021 in order to speed up the development of the metaverse

Using Nominated Proof-of-Stake, Peer provides a fast network, high scalability, and cross-chain compatibility on a scalable and environmentally friendly footprint. One of Peer’s founders believes that the blockchain’s ease of use will lead to a greater adoption of blockchain technology than ever before.

Because of the complexity of blockchain and cryptocurrency, it can be difficult for newcomers to get started. Peer’s primary goal is to make blockchain technology accessible to everyone so that they can create, develop, and test their own blockchain innovations. According to Tran, “We’re going beyond the hype associated with the speed of transactions, which a lot of blockchain projects overemphasise.” “People didn’t flock to the early internet because of its speed. As a result of its utility, people were willing to travel across the Internet to use it. People will use and love our products because they are real and logical.”

Blockchain, consumer electronics, and software are just some of Peer’s areas of expertise. With the development of cutting-edge decentralised hardware, software, and services, Peer’s goal is to make the metaverse widely accessible to the general public.