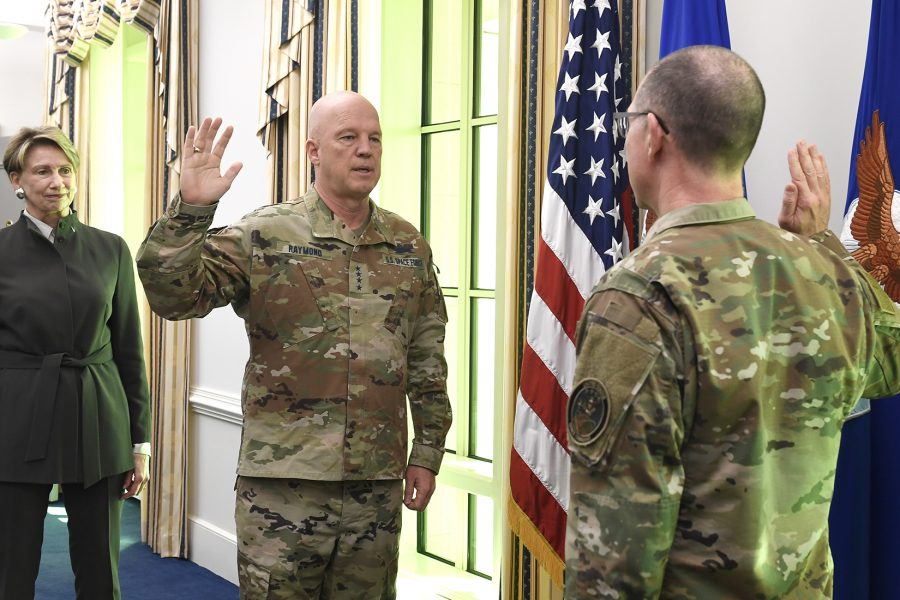 Lisa A. Costa, the Space Force’s newly appointed Chief Technology and Innovation Officer, is on the lookout for new technologies that will allow the service to outpace its foreign adversaries.

“It is absolutely imperative that we leapfrog our competitors and that we do so in bet-hedging ways”—ways in which the advantage gained would be “asymmetric.” “You won’t be able to do that across the board. If you want to make a significant impact, you’ll need to focus on areas where we have some truly ground-breaking, one-of-a-kind, and expensive ideas.

It has a catchphrase or nickname—”Game Changers,” she said—which appears in the logo of Costa’s office. The logo depicts a chess board with chess and checkers pieces on it.

“It’s not just a matter of moving positions on the board. This is about changing the way we play the game in some cases,” Costa said.

According to Costa, her research into key technologies is ongoing, but she highlighted several areas, including gamification and the Metaverse—social Facebook’s media and virtual reality combination.

You can experience the sun on your face, the waves beneath the boat, and the sea’s scent even while you’re learning to sail. Soldiers can go outside and play in the dirt and mud, she said. The Guardians on the other hand, do not have that luxury. “The only way that they can experience their domain of operations is through digital data,” she said.

Space operators would benefit from novel ways to use this information, such as using augmented reality and virtual reality, and haptic devices that give users physical feedback from virtual environments, she said. So that they can “make decisions at the speed of mission,” this could also help them better understand their options in a given situation.

Space Force could “take advantage of the investments that industry is going to be making in the Metaverse” by focusing on AR and VR technologies. “The Metaverse is getting a lot of attention.” However, a lot of money is being invested in it as well.

She said that these technologies could be used for both training and operations. Operator feedback, she added, could be used to automatically improve the product in future iterations if integrated into a digital engineering ecosystem.

General John W. “Jay” Raymond and his deputy Gen. David D. Thompson sit just below Costa in the second layer of the Space Force’s organisational chart, alongside the chief human capital officer and the chief operations officer. Organizers claimed that this was only her second public appearance since her appointment in September 2021 had been made public knowledge. Previously, she served as U.S. Special Operations Command’s director of communications systems and chief information officer.