The metaverse could drive the next big tech opportunity In 2022 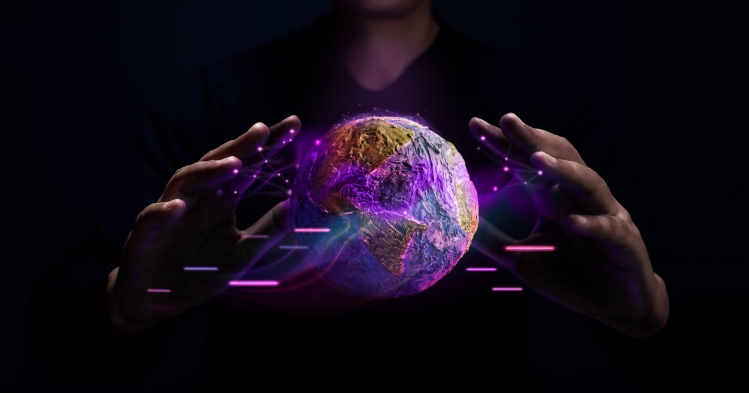 It’s as if you can’t move without hearing about the metaverse being mentioned. Only a few months into the year 2022, and already this one term threatens to consume the entire year. Even if you can call it that, the discussion consists mostly of people shouting over each other about what they think it is, could be, will be, or shouldn’t be. Noise and speculation fuel hype, which fuels more speculation and noise, which fuels more hype. As a result, understanding what is being said about the metaverse is difficult.

What does the term “metaverse” refer to?

The metaverse is not based on a single technology. Blockchain, cryptocurrencies, virtual and augmented reality, artificial intelligence, and the Internet of Things are just a few of the technologies that will be part of it. Because there is no agreed-upon definition (which may go some way to explaining why everyone seems to have a different explanation when asked what it is).

American author Neal Stephenson coined the term in his 1992 novel Snow Crash, which sees people switch between real and virtual environments. Ready Player One’s adaptation by Steven Spielberg would be a more recent example of the metaverse. In both Snow Crash and Ready Player One, the metaverse is a single, three-dimensional virtual environment. Nonetheless, that isn’t where we’re going.

A better way to think of the future metaverse is as a collection of different blockchain-based worlds. Meta, Google, Microsoft, and so on will all provide you with virtual worlds to explore. For a variety of reasons, it makes sense to break things down into smaller, more manageable chunks. As a first step, Big Tech has no incentive or advantage to share a single place. Instead, they’re better off creating their own exclusive environments. The second reason is that there are a wide variety of online communities that can be better served by creating environments that cater to those communities. Furthermore, better experiences lead to increased participation.

It is time to consider how companies intend to build their worlds in the metaverse now that we have covered what it is and what it isn’t. And Big Tech’s metaverse strategy can be seen in the gaming industry, I believe.

Revenue generated by video games is the largest and fastest-growing segment of the entertainment industry. It brought in $180 billion last year, more than twice as much as the movie industry. More than three billion people regularly participate in it around the world, and current predictions suggest that the value of in-game purchases will surpass $74.4 billion by 2025.

One example is Microsoft’s acquisition of Activision Blizzard, which was revealed not long ago. It’s the biggest tech deal in history with a value of $69 billion. In a statement, the company claimed that the purchase would give them “the building blocks for the metaverse. ” But what are they getting in return for their hard-earned cash? It’s unclear what this acquisition will mean for the company’s metaverse strategy.

Big Tech will need to step up its efforts to extract and retain more of our attention as the metaverse grows in size and complexity. You need look no further than Big Tech’s gaming industry if you’re looking for a thriving industry with a thriving community, regular participation and substantial revenue streams. Because of this, the metaverse is turning to the industry as a battleground.

When we talk about the “metaverse,” what are we really referring to?

As a result of the agreement, Microsoft now has access to a large library of popular gaming franchises that are available across multiple platforms and generate substantial revenue. For the first time, it owns Call of Duty (the most popular console game), Candy Crush (over 250 million monthly users on mobile), and World of Warcraft (one of the longest-running and biggest-selling franchises in PC history). That’s not all; it’s also bought the communities around those games and gained control over them.

If you believe that the metaverse will be a collection of interconnected experiences, then Microsoft’s content purchasing, community-building, and device-agnostic strategy aligns with this vision. As a result, when the technology is available, a move into the metaverse should be straightforward. They also have a large fan base and ready-made revenue streams thanks to their extensive library of content.

As their plans begin to take shape, I expect the rest of Big Tech to follow Microsoft’s lead in purchasing content, acquiring communities, and breaking down barriers between devices.

NFTs and the emergence of a brand-new digital economic system

As a result, digital content revenues are expected to reach $400 billion by 2025, with video games serving as a blueprint for the creation of metaversal worlds. Big Tech isn’t the only one getting in on the gaming and metaverse action. Fashion, retail, and social media are among the other early movers in the metaverse space that are beginning to take advantage of their natural overlaps with the industry.

In the fashion, retail, and social media industries, the metaverse has the potential to open up a new digital economy through the sale of Fortnite avatar skins and other digital accessories.

According to Morgan Stanley’s estimates, luxury and fashion brands will have a $50 billion revenue opportunity in the metaverse by 2030. There are RTFKT shoes that sell for $10,000. Nike has purchased the digital sneaker brand. Roblox was the platform on which Ralph Lauren’s first digital collection debuted. Limited-edition League of Legends costumes by Louis Vuitton and Dolce & Gabbana’s NFT collection sold out for $6 million at the time.

This new digital economy can only be unlocked through the use of non-fungible tokens (NFTs). As recently as last year, I’d bet that if you asked most people what an NFT was, they’d have looked at you like you were crazy. NFTs have been thrust into the public eye thanks to celebrity endorsements and media coverage of projects like CryptoPunks and Bored Ape Yacht Club.

What we’ve seen so far is that NFTs can make previously unliquid assets more liquid, which has had a significant impact on the way we view ownership.

NFTs appeal to both consumers and brands because consumers retain ownership of the digital assets they buy, and brands profit from the lucrative resale market when those assets are resold. It is possible to collect royalties from the sale and resale of NFTs because of the blockchain’s record of ownership and transfer.

In Fortnite, a player does not own an avatar skin they buy. They are only allowed to use it under a company licence. They’re in big trouble if they can’t recover their previously saved data. In many cases, there is no record of it or a way to find it. There is no cut given to Balenciaga if you or I buy a coat from the brand and then resell it for profit. NFTs, on the other hand, allow users to retain ownership of the digital assets they purchase, but brands will always take a cut of the sale price. As a result, a previously untapped source of revenue is now open to businesses.

However, NFTs are already delivering on their promise of creating a more equitable digital economy by unlocking new revenue streams in both the metaverse and the real world, regardless of ownership or resale records.

What kind of impact will technology and the metaverse have on businesses this year?

It’s safe to assume that Big Tech will continue to invest billions in building out their own virtual worlds in the future. I expect the Web3 developer community to continue to grow significantly, but I expect it to remain on the small side by the beginning of next year. It will be necessary to generate momentum by improving developer tools, making the market more accessible to smaller firms and individuals, and reducing the high costs and complexity of developing and scaling metaverse technology.

Aside from the investments in blockchain, virtual and augmented reality technologies as well as artificial intelligence that are essential to creating an interconnected and interdependent metaverse, I expect to see more and more venture capitalists investing in companies that fall into the same categories as the metaverse.

Many businesses in 2022 will be unaffected by the metaverse, but I think it’s important for all industries to consider what it could mean in the future. Businesses that don’t change will eventually be left behind by those who have jumped on board early. To succeed in this rapidly evolving metaverse will depend on which businesses adapt the most quickly to the changing landscape.