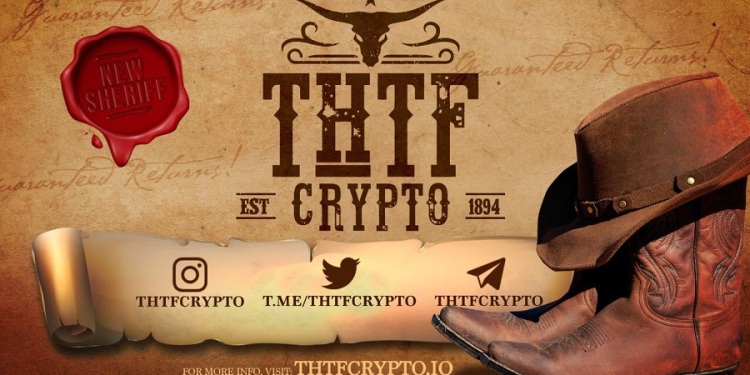 P2E game on the backdrop of the famous Wild West where players fight fierce battles to gain control of, govern and dominate territories while savouring mouthwatering rewards at the same time is THTF, which is currently in development. P2E gaming, Metaverse, and DeFi will be combined to create a community-focused gaming experience in THTF.

With gunfights, duels, and roulettes set in the wild west, THTFcrypto gives gamers a taste of the year 1894. Dueling to earn money and unlock new content will be the game’s central premise, and everything around it will revolve around that. A launch in the final week of February of 2022 is planned for the game.

The THTF token will serve as the game’s primary medium of exchange, and it will be freely tradable on DEXs and CEXs worldwide. THT tokens begin trading at $0.0006 each and the team has revealed major long-term plans to ensure that it reaches the top 100 in Coinmarketcap rankings. The THTF team is working hard to make that a reality through strategic marketing initiatives.

Binance’s Smart Chain blockchain will be used as the backbone of THTF’s operations. As stated by the network, BSC offers low transaction fees, which makes it easier for investors to get in on the action.

It has been thoroughly vetted and approved by Solidproof, one of the world’s leading blockchain security firms. Additionally, the team has received solidproof’s certificate of compliance (KYC).

On November 20, 2021, the THTF team announced that the token presale would take place on February 10, 2022, on the Unicrypt launchpad. The team also offered a number of prizes to members of its fan base. THTF has stated that they will be awarding five PlayStation 5 consoles to the community, one of which has already been awarded. In addition to showing interest in the community, the giveaways are used as a marketing tool to attract new investors.

Also announced was a commitment to monthly charity programmes on the platform in addition to the giveaways. To support cancer patients all over the world, 1 percent of each month’s marketing wallet funds will be donated to Tokenomics.