Welcome to the metaverse: The doctor will see your avatar now In 2022 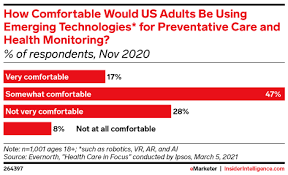 A broken bone, an abscessed tooth, or a heart attack are all real, and they can’t be simulated. Treatment for physical ailments is oftentimes necessary and urgent. In other words, it is difficult to envision a truly mixed-reality healthcare metaverse, where participants collaborate and transact in immersive virtual spaces via headsets and controllers. To date, the majority of virtual worlds have been built around gaming or social interaction rather than healthcare.

Here are a few of the most recent ones:

Healthcare providers are experimenting with other applications of mixed reality:

With AR/MR solutions provider ThirdEye and Crozer Health’s four Pennsylvania hospitals, first responders can give doctors and emergency room staff relevant medical information before a patient is taken to the hospital in a timely manner.

It is HIPAA-compliant and allows direct communication with the hospital via telehealth with ThirdEye’s X2 MR glasses. The glasses can detect the patient’s temperature via thermal sensors and send that data, along with audio and visuals captured by the glasses, to waiting clinicians.

“Digital Me” was one of Gartner’s top emerging technology trends in 2021. Brain-machine interface (BMI) and digital twins are examples of technologies that fall under this umbrella. In order to control external hardware or software, such as a computer or a robotic arm, the BMI wearable or implant is used to translate neuronal information into commands. A digital twin is a digital representation of a physical object or process that can be used in real time.

But the technology is already in use, so we’re not there yet. People with motor or sensory impairments currently benefit from BMIs. To help businesses, some companies like IBM have developed “digital twin” technology, while Twin Health has developed a “Digital Whole Body Twin” to help people prevent and reverse metabolic diseases.

As for avatars, they’re there, too.

Is there a healthcare metaverse that we could envision?