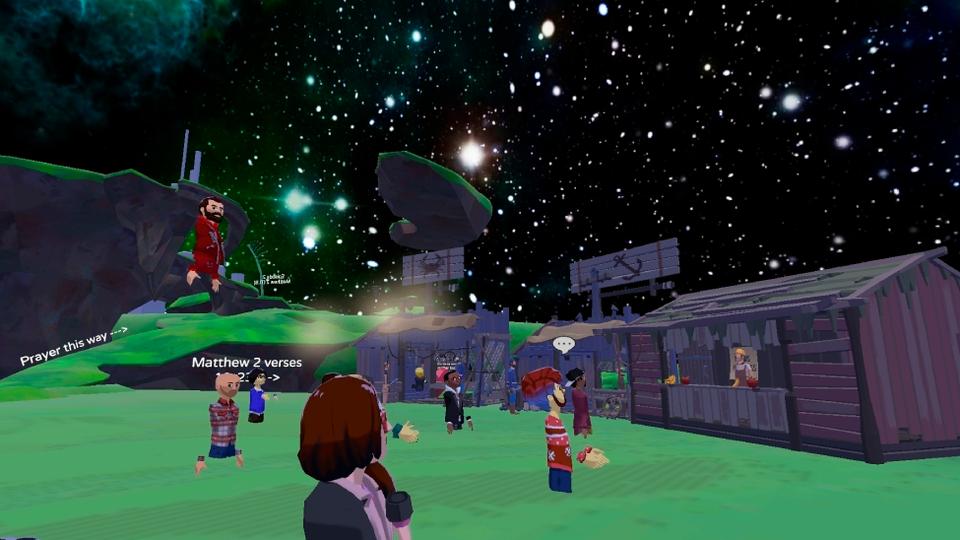 “Crypto whales” are crazy about buying virtual land, but if you’re planning on doing the same, you’ll need to be careful. Metaverse real estate will be worth $500 million by 2021. Sales could top $1 billion this year if current trends continue.

All of this sounds a little out of this world, to be honest. A virtual real estate agency in Toronto, Metaverse Group, is currently investing millions of dollars in digital land parcels, developing and leasing them out.

You might wonder, however, who is renting them out to. People who aren’t afraid to take a risk. This “land grab” is like “the early days of European settlement in America,” says Lorne Sugarman, CEO of Metaverse Group.

“As more people and brands arrive, real estate will appreciate in the metaverse.”

But will it? Does “digital gentrification” really exist?

It’s possible. However, Indiana University professor of media Edward Castronova has no intention of investing in virtual property. As the author of “Life is a Game,” a book about the economies of synthetic worlds, Castronova is well-versed in the field. Some academics, however, argue that the metaverse is not a synthetic world; rather, they argue, it is just as real as the “real” world.

According to Castranova, the “current metaverse real estate boom is a speculation market,” and booms like this have been occurring every four to five years since the early 2000s.

Contrary to popular belief, most of these places lack content. There’s nothing here that’s going to get people’s attention. And value is only generated by eyeballs.” Then there’s Castranova’s “URL is a ticket to virtual land, but at least it provides access to a genuine value stream.” Castranova has “never seen long-term value emerge from a virtual land product,” despite the possibility of “speculative gains.”

No fan of the metaverse real estate boom, Castranova believes that we are witnessing “the slow-moving decay of naively invested money, exactly as you would find with day traders and sports gamblers.” Castranova. Others, on the other hand, are more optimistic.

A land boom, as many of our readers are aware, is characterised by a sharp rise in the value of real estate (such as housing). Prices rise until they reach an unsustainable level, at which point they begin to decline. This can happen suddenly in some cases.

Land speculation prices in Florida were based more on hype and lies than actual economic realities a century ago, during Florida’s epic land boom. As recently as 2007–2008’s financial crisis, the bursting of the real estate bubble had a global impact, from New York City to Delhi. As a matter of fact, real estate bubbles can be extremely difficult to spot even as they are occurring in real time. An extremely thin line separates intrinsic worth from market value.

Detecting real estate bubbles may be more straightforward in virtual worlds. It’s called the “froth” because it occurs right before a crash. Bullish investors who deliberately or unintentionally ignore market fundamentals characterise a frothy market. It’s all about speculation and soaring emotions. It’s time to put logic out of its misery. Things appear to be very frothy in the metaverse at the moment.

Is there a digital real estate crash looming now that many virtual properties are selling for more (and sometimes much more) than their real-world counterparts?

It was for this reason that TRT World reached out to Republic Realm CEO Janine Yorio, who is at the forefront of metaverse and non-fungible token (NFT) innovation and investment. One of the most active investors and developers in the metaverse real estate ecosystem, according to Republic Realm’s website.

Among the assets managed and developed by the firm are “NFTs, virtual real estate, metaverse platforms, gaming and infrastructure,” all of which are included in the phrase “including NFTs.” It is now one of the largest landowners of Axie Infinity, Decentralized, The Sandbox, and Treeverse virtual worlds that allow users to create, use, and most importantly monetise NFTs. When it comes to virtual property and the metaverse, Yorio is well-versed.

There are 24 metaverse platforms that Republic Realm owns a stake in. “The average price of a parcel in the four major metaverses has increased tenfold, from $1,265 to $12,684,” says Republic Realm research that TRT World was given by Yorio.

The average price of a parcel of real estate in the metaverse currently stands at around $11,000. It is estimated that Decentraland currently has a market capitalization of $6.5 billion and more than 800,000 registered accounts at the time of writing, according to research by Republic Realm.

However, the term “metaverse real estate” has nothing to do with the term “real estate,” according to the researchers. What do you mean? Virtual spaces that can be programmed in early-stage technology companies.

There is “almost no chance of generating meaningful income from these assets,” in contrast to “real” real estate. A portfolio’s exposure to high-risk asset classes like technology can be mitigated by investing in stable assets like real estate. That is not the case, however, with this “asset class.”

Do the gurus at Republic Realm expect a collapse in the near future, despite the differences in definitions?

Simply put, the answer is no. Only about 25,000 individual crypto wallets actually own metaverse real estate, according to the company’s research. This means that among the eight billion people on the planet, only a small percentage are interested in learning about this strange new world.

For the researchers, metaverse property investments are “a drop in the bucket” when compared to the number of people who own Bitcoin (180 million+) or NFTs (360 thousand+).

However, they point out that there is still a lot of room for improvement. Just because a crash is not inevitable any time soon, this doesn’t mean that a crash won’t come. Before continuing, it should be noted that Republic Realm has a vested interest in the metaverse competition. Indeed, it just paid over $4 million for land in Sandbox, the previously mentioned futuristic platform.

“The metaverse is the greatest wealth creation opportunity in our lifetime,” say analysts at Republic Realm, referring to the shift from a 2D internet to a 3D interactive one. But, once more, who benefits from this process of wealth creation? Hedge fund managers and wealthy celebrities appear to be among the savvy investors.

The majority of “investors in this space are either crypto “whales” – people who are already very comfortable with the risk and volatility of crypto investing or professional investors, specifically hedge funds and family offices,” as Republic Realm’s research notes.

These aren’t your average Joes and Janes, either. This is a “derivative trade of crypto” and “total loss of principal is one likely outcome,” so they are “generally sophisticated investors.”

Metaverse real estate prices have risen sharply in recent months, but the asset class is still controlled by a small number of people, according to Yorio. This asset class is becoming more and more scarce, and the few options that do exist will likely increase in value until new metaverse platforms for selling their real estate go live.

Metaverse real estate investments should be made through a “broadly diversified portfolio, managed by professional investors with inside knowledge,” she says.