“You can buy a house in the metaverse for $15,000”: This guy is the CEO of a company paying millions for virtual real estate 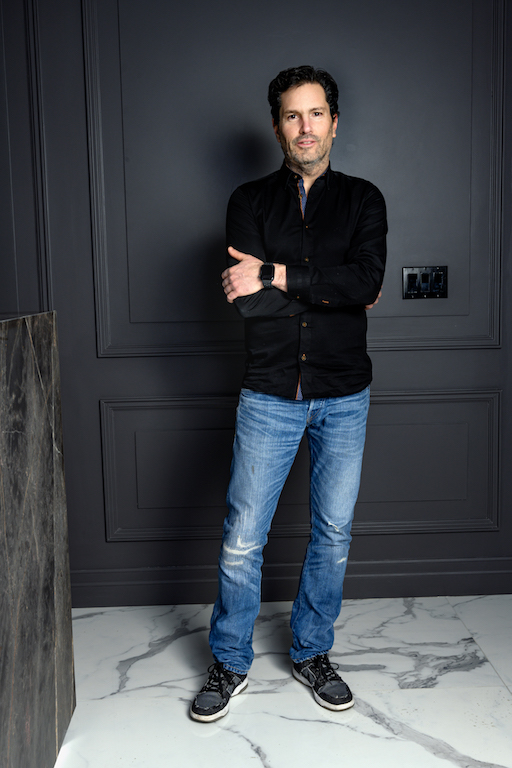 Metaverse Group is a Toronto-based virtual real estate company that buys, develops, and leases parcels of land in the metaverse. Lorne Sugarman serves as CEO. Even though it’s a strange concept, he believes that the metaverse is the future of everything and that there are enormous financial rewards in store. We grilled him on the subject.

The metaverse is something that everyone has heard of, but not everyone understands what it is. What can you do for us?

The metaverse is Web 3.0 if Facebook and Google were Web 2.0. In this new era of the internet, users can create their own 3-D avatars and use them to explore virtual worlds similar to those found in video games. You can do it now with a computer or a virtual reality headset, depending on your preference.

What kind of persona do you portray online?

In the future, I’d like to wear a Bruce Springsteen T-shirt, a pair of sunglasses, and Nike sneakers.

What’s the point of it all?

Being able to forget about what is going on in your everyday life. Socially, it’s fun, and you can be whatever you want. Immersive experiences will only become more prevalent as technology advances.

Decentraland is one of many worlds, but it is the largest. Las Vegas City will have casinos, nightclubs and theatres in addition to its 300,000 monthly visitors. It is expected that many tech companies will open offices in Crypto Valley. Merchandise for avatars will be available for sale in the Fashion District. Additionally, there are music and art events.

You’re in charge of the Metaverse Group in Toronto. What is the company’s strategy?

Ultimately, we want to be the virtual Brookfield Properties. We’re acquiring land, building houses, and renting them out. We just bought 6,000 square feet of land in the Fashion District for $2.5 million (U.S.). We see this stage as akin to the early days of European settlement in the United States. Consider what you could do with Fifth Avenue real estate in the nineteenth century. As more people and brands arrive in the metaverse, the value of real estate will rise.

Who do you write the check to?

A third party purchased the land. No names will be mentioned.

What path led you to this career?

After earning my MBA from Rotman in 1991, I worked in investment banking before taking the helm of a health technology company. My understanding of the metaverse had grown by 2021, but when our parent company’s CEO asked me to join, I did more research and saw the potential.

Certainly, but we’re now at a point where you can watch a movie in the metaverse from the comfort of your own home while wearing a virtual reality headset. When you tell your friends that you’ve just bought a house, you’re also boosting your social standing. It’s also a financial commitment.

In Decentraland, how much does a house cost?

With a multi-million-dollar investment in virtual real estate, your company has gone all in. Why are you so confident that it won’t become the next Google Glass or Quibi? ”

Increasingly, consumers are seeking more immersive experiences. My 12-year-old son and his friends play Grand Theft Auto, and my 14-year-old daughter creates NFT artwork while I sit back and watch. When I was younger, I was a competitive tennis player, and now I use my virtual reality headset to play ping pong. We’ve also seen a lot of support from the tech industry. Facebook, which owns the VR headset maker Oculus, has changed its name to Meta and plans to expand its 3-D world even further in the future. Brands such as Nike and Adidas are designing clothing for avatars. This is where the internet is going in the near future.

In the metaverse, how much time do you spend?

A few minutes a day. Normally, I wander around Decentraland to see what new developments have sprouted.

Are you currently working at home?

However, we are planning to hold virtual reality meetings at our Decentraland headquarters in the near future. It’s currently being constructed by our team. On the top, there’s a deck and infinity pool for socialising and celebrations.

There is also no Covid in the metaverse, which is a nice bonus.

Yes, that’s exactly what I’m getting at here. Like me, he is a Springsteen fanatic who lives in Florida. We last saw him at Rogers Centre, where he was performing. Since then, we’ve all been able to virtually watch him together from wherever we wanted.

When will we all be able to meet in the metaverse to listen to the Boss?

If you compare it to the growth of Facebook, I’d say that a significant portion of the population will be using this technology in 10 years.